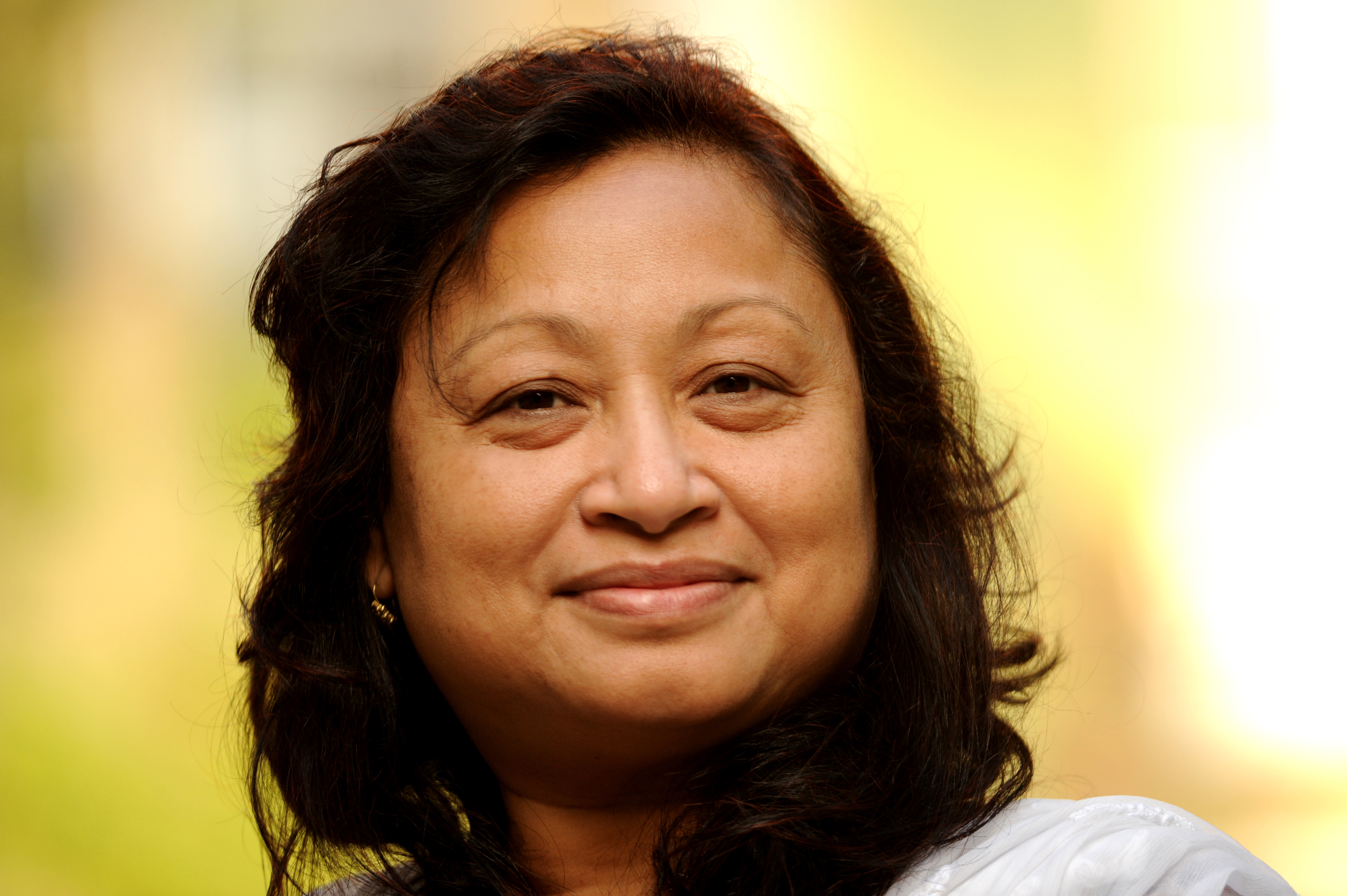 Ms Manju Borah’s films explore the region’s culture and its impact on the person and society as a whole. Her first feature film Baibhab (A Scam in Verse) was released in 1999. The film was awarded the Jury’s ‘Special Mention’ in the 47th National Film Festival, 2000 and was named the Best film in Asia at the 6th Dhaka International Film Festival, 2000. She was also the recipient of the Gollapudi Srinivas Award for Best Debut Director in 1999.

Then followed Anya Ek Yatra in 2001 and Aakashitorar Kothare (A Tale Told Thousand Times) in 2003. Aakashitorar Kothare won the National award for Best Regional Feature Film. Her following films Laaz (Shame), 2004 and Joymati (The Saviour), 2006 were both selected for the Indian Panorama in IFFI and other National & International festivals. Her 2008 film Aai Kot Nai (Ma) was awarded the Nargis Dutt Award for Best Feature Film on National Integration in 56th National Film Awards.

Her latest film Sarbagunakar Srimanta Sankardeva which is the 1st animated feature film in the North-Eastern Region of India which got released in Nov, 2016 with a huge response from the audience. She holds various positions at different cine organizations and also served as Jury Member in National Film Awards, Indian Panorama, MAMI, 3rd Eye 7th Asian Film Festival Mumbai, Chairperson of the Jury, OSCAR Screening Committee, Film Federation of India etc.

She is a recipient of a Senior Fellowship from the Central Ministry of Culture on her work associated with Women folklore of Assam and has been awarded the Women of Excellence Award by FICCI for her outstanding contribution to the field of Film & Entrepreneurship and also the Satyajit Ray Memorial Award given by the Asian Film Foundation for working to spread film culture in India as a life time mission.